TO DELETE OR NOT TO DELETE,? KILLJOYS THE NEXT FIREFLY,? THOUGHTS ON THE ALL-FEMALE GHOSTBUSTERS,? TOO MUCH JURASSIC CRAP + MORE 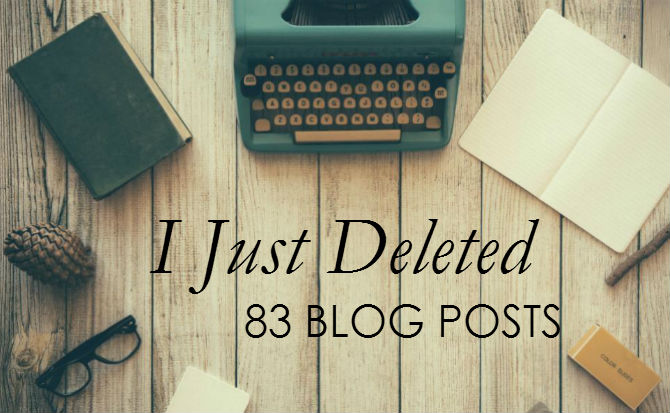 I was recently inspired to clean up my blog and delete old posts after reading articles over at Nose Graze and Elembee. I was always one of those people in the camp of "NEVER" deleting old posts. I wanted other bloggers to see my blogging evolution over the years, no matter how embarrassing. However, their articles made me curious. My blog was originally a place I posted random rants, and my love of film. When I started reviewing all of my old work I quickly realized that my early work was not very good. In fact I sucked. Some of my earliest posts were painful to read because not only were some posts poorly written, but they were short, with ill-fitting graphics.

In addition to discovering my growth as a blogger, going through my earlier posts helped me discover that the earlier iteration of my blog was almost exclusively focused on film. My blog has since branched out to television and pop culture.  I soon realized that I particularly enjoyed certain types of film and television shows, which is when the blog again shifted focus to science fiction and fantasy.

After doing an inventory, I have changed my mind and decided to delete 83 blog posts. Yep 83. Each deletion made me cringe, but the posts I deleted really didn't reflect the current theme or standards of my blog. It was surprisingly hard to let go of even the worst, most random blog post, but ultimately I think it was for the best. A few of my earlier posts are still a little rough around the edges. I was still discovering my style in 2008, but I feel proud that my blog is cohesive.

Another lesson I learned through this cleansing process has been that the longer you do something the better you get at it. I'm always amazed at how many blogs have gone by the wayside after a few years or even a few short months. This blog has taught me not to give up even when you're not particularly good at something.

Lastly, the most important lesson I learned is that blogging isn't just about putting fleeting words into a blog post. It's about giving people (strangers) a glimpse into your personality, your personal opinions on a particular subject, your writing, design style, and offering your online friendship. No I don't know any of the bloggers I interact with personally, but I do enjoy the camaraderie that exists between other bloggers. We support each other and we celebrate each other's successes. I have learned so much from interacting with other bloggers over the years and for that I am thankful!

Share your thoughts on the all-female Ghostbusters?
If they wanted to remake the 'Ghostbusters' and replace two of the leads with a female character, I wouldn't think anything of it, but I'm curious as to why they're making it an all-female cast? I am all for more female-led films. In fact if you've read my blog you are probably tired of hearing me complain about the perpetual dissing of 'Black Widow' and 'Wonder Woman.' I get especially worked up when I read about how Marvel is "AFRAID" of female-led films, but I don't understand the need to take a well known film franchise and change it's casting from all male to all female. It seems like Hollywood is jumping on this trend because it thinks of it as a joke, which kinda defeats the purpose of a female-led film. Why not make it coed? Perhaps I'm on the wrong end of this. Let me know your thoughts.

New Show
Is SyFy's 'KillJoys' the next 'Firefly?' The show follows a pair of space bounty hunters. Watch the first four minutes of 'KillJoys' and you decide.

Really?
Like many others, I am wondering what the point of 'Game of Thrones' is anymore. When a show is no longer fun to watch, what's the point? This article essentially explains how I feel. Stannis Baratheon (Stephen Dillane) was one of my favorite characters. He was stern, but he was noble. Now Stannis has gone from being a noble character to a despised villain...to [SPOILER]...being dead, all in the matter of two episodes. I'm tired of the "gotcha" moments on 'Game of Thrones' just to shock the viewer.

It's the same reason I hate some of the modern horror films like the 'Poltergeist' remake. The original film was perfectly fine thank you very much. It was a slow build and incredibly scary. It didn't need anyone jumping out of a closet yelling "Boo!" to scare you like the remake. The remake was chock full of scenes of people "suddenly" being jerked down hallways, etc. Again, these jerky/fast "gotcha" moments are not scary. They are just annoying. I feel the same way about 'Game of Thrones.'

Videos
Poor kitty. This sweet kitty takes an unexpected flight with a pilot of a light aircraft. The kitty landed safety.

Too Much Jurassic Crap
' I enjoyed 'Jurassic World' just as much as the next person. It was mindless and fun, but now I say "Uncle." No more. There is way too much 'Jurassic World' hype. First there were all of those zookeepers who started replicating the velociraptor scene with Chris Pratt, then there were the giant wiener dogs in lieu of the Indominus Rex, then there is the "why you shouldn't have a velociraptor as a pet," and the tee shirt mockup of Chris Pratt and a velociraptor in a Norman Rockwell painting. Yes, I get it...it's the biggest movie in the world, but now they're painting velociraptors as Disney Princesses. Ok, enough. 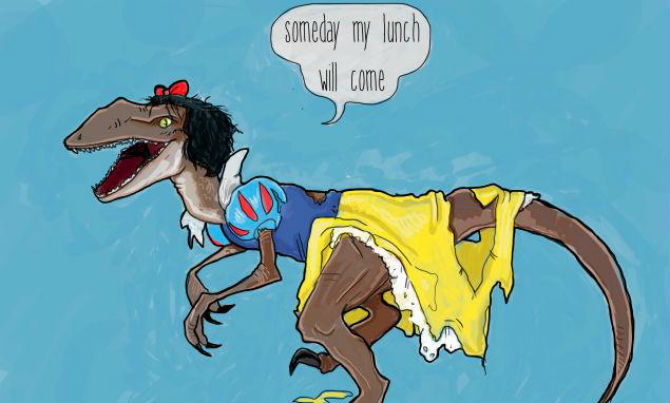 Cool Stuff
Check out Scooby Doo through the ages. This is actually really neat. 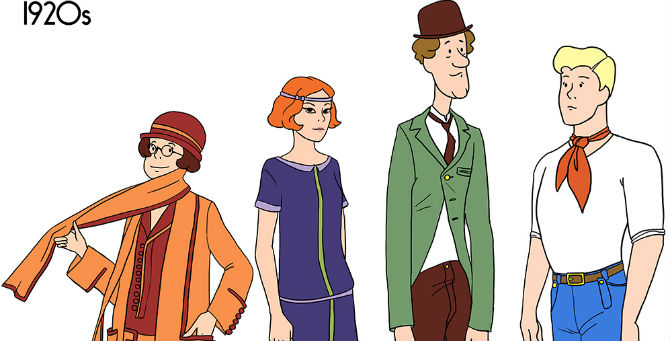 Kelly Tan creates amazing iPhone artwork. As the mother of a young girl I am especially fond of this one.
Shorts
Check out this lovely little short film about a stranded astronaut. The film is set entirely in an airlock, proving that you don't need a big budget to pack a big punch.


Cosplay
The "Ood Dude" or "Dood" definitely abides. I really hope this isn't copyrighted because this will be my husband's next cosplay costume. Hands down. I'm not even kidding. The Ood are creatures from the 'Doctor Who' universe.
msmariah

Comments are now moderated because of spammers. If you post a comment with a spammy link in it, it will be deleted. There's no point to post your backlinks here. Try to build your backlinks the right way.

For everyone else--please feel free to leave your comments. I respond to each and every one of them, even when people disagree with me! If I happen to miss one, send me a tweet at @aspaceblogyssey. Please note this blog does not receive anonymous comments. You have to be registered with a service to comment here (i.e. Google, Wordpress, or OpenID). Also, I reserve the right to delete your comment if you troll me. I have no problem with someone who disagrees with me, but trolling comments will be deleted without response. No trolls will be fed here.